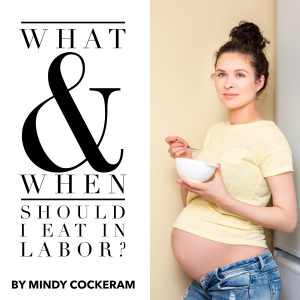 What and When Should I Eat in Labor?

In class, I remind women that childbirth is not a spectator sport; it is called labor because it is hard work on the body.  For the uterine muscle to contract really efficiently, the woman needs to be well hydrated and have energy to burn.  If energy is the key to a successful labor, why do hospitals generally discourage (or outright deny)eating in labor? 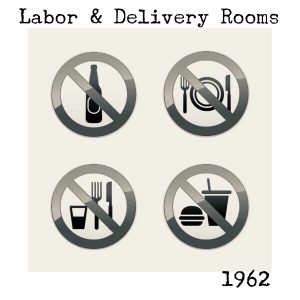 The history of denying women food in labor dates back to the 1960s when women moved from birthing at home to birthing in the hospital.  Powerful twilight drugs were used to relieve pain and instigate amnesia.  However one of the policies which came with twilight drugs and the use of general anesthetics was ‘nil by mouth’ meaning women were denied food for safety reasons.

Fifty years later, epidurals are the preferred pain reliever and have no such gastric restriction.  However, despite protests from laboring women, hydration via an IV drip and ‘no food during labor’ policies are still in place in most hospitals.  In 2009, the American College of OB-GYNs (ACOG) relaxed their view on fluidintake.  In addition to ice chips or water, they encouraged care providers to allow women to drink clear liquids including black coffee, fruit juices without pulp, clear tea, carbonated beverages and sports drinks during labor.  Then in 2015, the American Association of Anesthesiologists presented the results of a large study at their annual conference which concluded that low risk women would benefit from a ‘light meal’ in labor!

So what should you eat and when in order to fuel your body for childbirth?  The beginning of the first stage (early labor) averages 12-18 hours and is the best time to fuel up with food. Once women reach active labor, most do not feel hungry because the hormone ghrelin (‘the hunger hormone’) is no longer released.  Just like an athlete with a race the next day, women in early labor should eat foods that will digest easily.  Red meat, processed foods and fast foods are more difficult to digest and should be avoided.  Many care providers encourage foods from the BRAT diet (bananas, rice, applesauce, toast) since these foods are gentle on the stomach and less likely to cause vomiting. 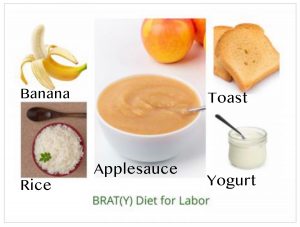 Besides the BRAT diet foods, yogurt is also a good choice.  One of the reasons I encourage women to eat yogurt during pregnancy is to help avoid Group B Strep colonization.  In labor, any antibiotics received by the mother can kill off her good bacteria.  The death of good bacteria also decreases the mother’s immunity and increases the likelihood of food allergies in the baby so eating yogurt before, during and after labor can help (re)build good bacteria.  Yogurt is a super source of protein and calcium and is usually well tolerated, even in people who are lactose intolerant.

What about a protein shake in labor?  After all, protein shakes are used by professional athletes to help increase endurance.  In 2013, researchers at the University of Pittsburgh evaluated women who drank a 325ml protein shake (Premier Nutrition) within 15 minutes of receiving an epidural.  Their hope was that the protein shake would reduce the incidence of nausea, vomiting and gastric empyting.  Sadly the results did not support their theory although the outcomes were statistically insignificant.  The lead researcher Manuel Vallejo Jr, MD did however state “Physicians should feel comfortable replacing ice chips or water with a high-protein liquid supplement when vaginal delivery is expected”. 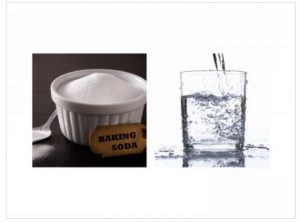 Finally, here’s an interesting gastronomic strategy for labor.  Just as athletes drink a ‘buffer’ after warmup, laboring women can create a similar labor enhancer by drinking baking soda (sodium bicarbonate) dissolved in water (0.3g sodium bicarb/kg body weight) as contractions start getting closer together.  This combination allows resistance against muscle exhaustion caused by changes in acid-base balance.  Sodium bicarbonate has a proven neutralizing effect on the lactic acid that forms during muscle exertion and improves performance.  In a fascinating Swedish/UK study in 2016, 84% of the women who had sodium bicarbonate group went on to have spontaneous deliveries versus 67% of the non-bicarb group.  6.7% of the sodium bicarb group was assisted by vacuum whereas 24.2% of the other group needed vacuum assistance.  Newborns from the sodium bicarb group of mothers had overall better outcomes including no APGARS <7. It is quite clear that the sodium bicarb helped the uterus recover from the muscular changes associated with labor exhaustion. 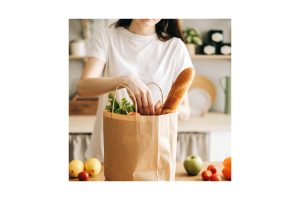 Just as you plan what to pack in your hospital bag, think about what snacks will be useful to have around as you begin labor.  Drinking clear liquids and fueling up on easy to digest foods will give you longer lasting energy in labor.  And don’t forget the teaspoon of baking soda dissolved in a glass of water to help rejuvenate the uterine muscle.  Good luck for the big day!

Mindy Cockeram LCCE CLEC has been educating women and their partners about Childbirth in the UK and USA for the last fifteen years.  She released Cut Your Labor in Half: 19 Secrets to a Faster & Easier Birth in 2017.  Two years later, she published Breastfeeding Doesn’t Have to Suck: Tips, Tricks and Knowledge for a Great Experience. She is currently writing her third book Pregnant Again?  A Refresher for Childbirth & Breastfeeding due out in summer 2021.  Private virtual classes can be scheduled at www.learn4birth.com 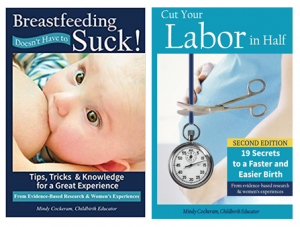 Disclaimer: The views and opinions expressed in this article are those of the authors and do not (necessarily) reflect the views of PregnancyJournal.com. PregnancyJournal.com can in no way whatsoever be held responsible for the content of such views nor can it be held liable for any direct or indirect damage that may arise from such views.

Make Your Pregnant Belly a Pumpkin this Halloween!

Halloween is coming up and you are pregnant! Finding a costume to fit Finding a...

Tips for Preventing and Treating Stretch Marks By Dr. Alan Lindemann Pregnancy is a beautiful…